Adventure, sightseeing and hiking tours in Canada with camping or hotels on Vancouver Island and the west coast - from Calgary to Vancouver, Victoria and Whistler, British Columbia. 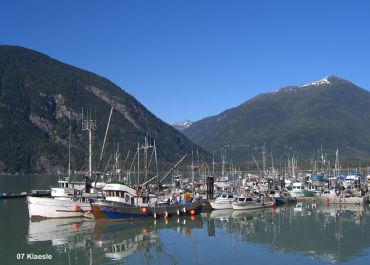 British Columbia will take your breath away with its fresh, dynamic and outdoorsy way of life!

It’s a place of big ideas, where the word "impossible" has been all but stricken from the dictionary. British Columbians are understandably proud of their stunningly beautiful province and their unique lifestyle in tiny fishing outposts and ancient Native settlements and vibrant modern cities like Whistler, Victoria or Vancouver.

Canada's rugged Coastal Mountains with fjords reaching deep into the mainland and a maze of islands typify the northern part of west coast. A great way to experience this west coast wonderland is on one of BC Ferries’ scheduled cruises like the famous Inside Passage between Prince Rupert and Port Hardy or the Discovery Cost Passage between Bella Coola and Port Hardy. 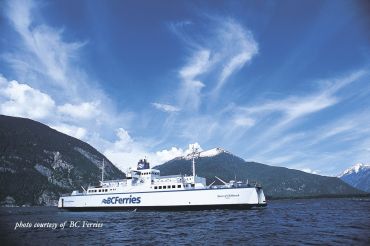 At 460 kilometers in length, Vancouver Island is almost as long as Ireland.

A large mountain spine runs almost the entire length of the Island and breaks up into long mountain fjords along its West Coast. Strathcona Provincial Park, located in the center of the Island offers beautiful campgrounds and a large choice of hiking trails.

A small bus CAMPING tour from Calgary with Banff and Jasper in the Canadian Rocky Mountains through Whistler to Vancouver Island. Hiking, sightseeing, fun activities and a spectacular overnight kayak trip to a remote island.
Tour Details

A CAMPING road trip through the famous Rocky Mountain Parks, the Icefields Parkway in Alberta and the varied landscapes of BC. You experience all this not just from the window of a car, but hiking your guide's favourite trails.
Tour Details

A week long CAMPING and hiking tour in the wilderness along the Pacific Ocean and the mountains of the Forbidden Plateau. A highlight is a kayak adventure with one night of primitive camping on the beach of Vargas Island.
Tour Details

See the best of Vancouver Island on this bus tour and HOTEL round trip for small groups with moderate hikes and fun activities near Victoria, Tofino and Campbell River, British Columbia.
Tour Details

This unique HOTEL tour includes many fun and unusual outings and activities. You visit great places and sights in British Columbia and Alberta: the Pacific coast, ranches, logging towns, majestic peaks and turquoise lakes of the Rockies.
Tour Details
Join our camping or hotel tours through northern BC and on Vancouver Island.

USA / Canada 1.888.467.9697
International 1.780.470.4966
email info@timberwolftours.com
What People are Saying
Very well organized and a nice guide Alex who did every day a great job, so the group was happy and there was a good vibration during the whole trip. Fun, exciting hikes, awesome views, animals, great food an fire. It was perfect for us!

Bettina S, 2019, Tour F
It was a really nice and funny trip, like a little adventure. Had a great time with the group and the guides. The guides (Rebecca and Garrett) are very nice and lovely, but I just won once in UNO, so I think Garrett cheated.

Celina S. 2019, Tour K5
Fantastic choice of hikes and places! The meals have been rich in variety and very good. The last camping ground near Whistler was the worst. The guide was fantastic! She took good care of us and was very patient with us.